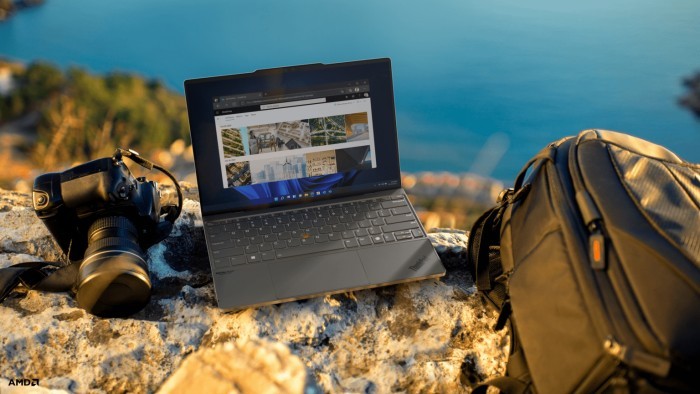 Minimalism, along with strength, is a sought-after effect in the premium series of ThinkPad Z laptops
(photo: Lenovo)

The premium series of ThinkPad Z laptops comes with a design in new colors and recycled materials. The two main models Z13 and Z16 are aimed at different audiences of business users, and their design reflects the changing attitude to technology, environmental impact and the origin of raw components.

The Z line impresses with individualistic color accents such as bronze and arctic gray, as well as more durable materials such as recycled aluminum, available in arctic gray or black, or recycled vegan black leather.

Sustainability extends all the way to packaging that is made from 100% recyclable and compostable bamboo and sugar cane, and the AC adapter uses 90% post-consumer content (PCC). 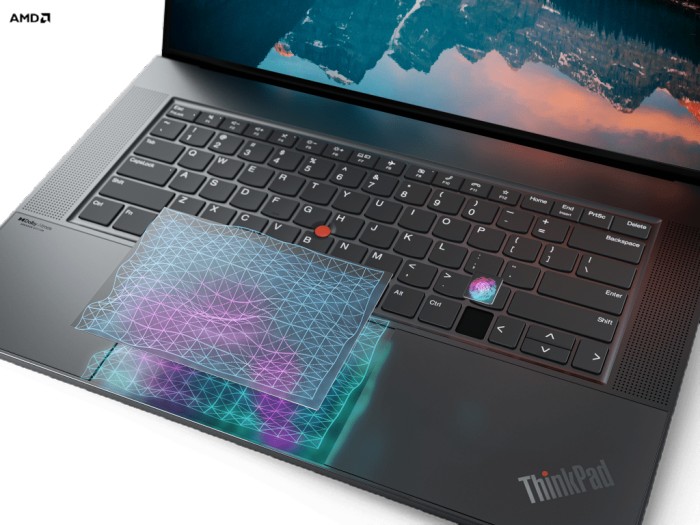 The ThinkPad Z13 and Z16 rely on the computing power of next-generation AMD Ryzen PRO mobile processors and include the Microsoft Pluton security processor, which helps protect against new, complex attacks and offers security for user identity, data and applications.

In developing the new laptops, Lenovo has partnered with AMD to streamline all aspects of the system from silicon to hardware and software. The ThinkPad Z13 incorporates a custom and exclusive AMD Ryzen 7 PRO mobile processor that is optimized for audio and video performance, maximum responsiveness and longer battery life in applications such as Teams and Zoom. 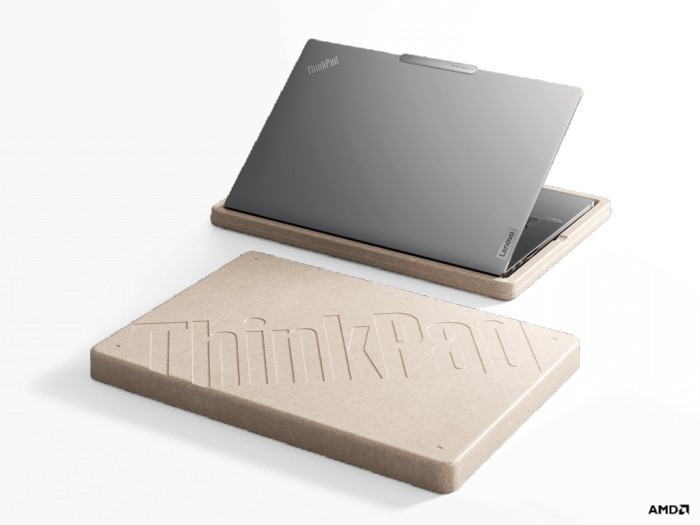 The packaging of the ThinkPad Z is made of 100% recyclable materials
(photo: Lenovo)

The ThinkPad Z16 can be configured with new AMD Radeon discrete graphics cards with AMD Smart technology for enhanced performance and professional content creation, as well as for everyday gaming. When paired with Ryzen processors, AMD Smartshift Max technology offers up to a 14% increase in computing power for both CPU and GPU, and Smartshift Eco maximizes battery life for extended operation.

Minimalism is a sought-after effect in the premium ThinkPad Z series. The displays are optimized with ultra-narrow bezels and a 16:10 aspect ratio. Audio and video conferencing are enhanced by a new communication tape that features a better FHD webcam with a larger 1.4mm sensor and dual array microphones. 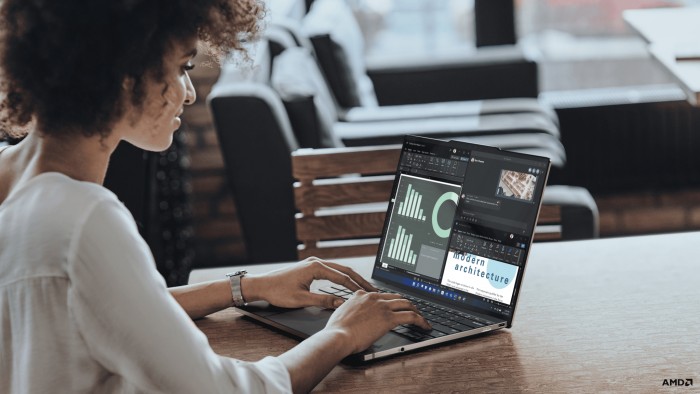 A larger 120 mm ForcePad has also been added, which moves seamlessly with the all-glass palm rest for faster and easier insertion. Users familiar with the iconic red TrackPoint will notice a new feature: double-tapping the TrackPoint launches a quick communication menu with easy access to common camera and microphone settings.

The Z13 and Z16 have been tested to MIL-Spec 810H standards and undergo the same rigorous quality control as all ThinkPad laptops. 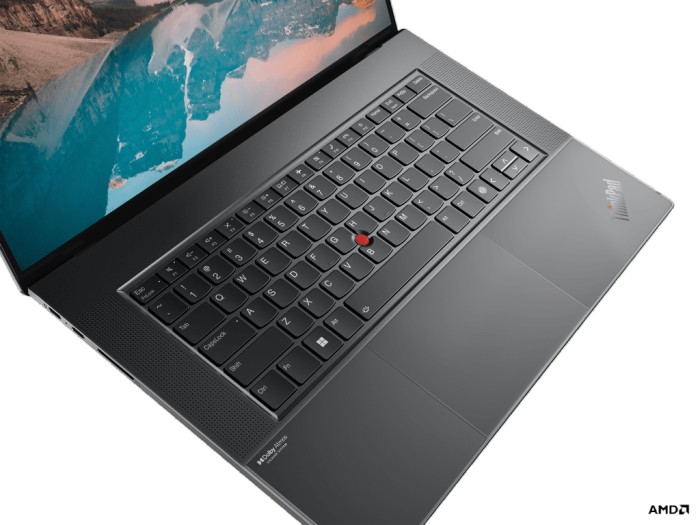 Video conferencing has been enhanced with new speakers, microphones and a camera
(photo: Lenovo)