Using the Creator City residential complex as an example, we will tell you what key criteria you should pay attention to so as not to make a mistake when choosing a primary housing.

Investing in square meters has been the most common way of investing in Ukraine for decades. This is explained quite prosaically: buying real estate at the construction stage is one of the simplest and most understandable, and most importantly, effective ways to multiply your fortune. After all, for example, in the Ukrainian capital, housing only adds to the price every year. This has become especially noticeable over the past 12 months: after the quarantine stagnation of 2020, the average cost per square meter in an ordinary Kiev new building immediately increased by almost 30%. Which, of course, could not but affect the level of interest in this kind of investment.

At the same time, the popularity of investing in real estate is also due to the lack of strong competition. Bank deposits, which for years were the main alternative, today cause only a sad smirk. If microscopic percentages of foreign currency deposits can be considered at least a free storage service, things are even worse with the hryvnia. The return on investments in the national currency has always been not very high, but after the reduction of the NBU discount rate, such deposits became completely unprofitable.

At the same time, investments are always a risk, and the greater the prospect of profitability, the higher the chance of making a mistake. From the side of the banking system, the only threat to the depositor is basically a new bank fall, like the one that was observed in 2014-2015. Indeed, in the end, regardless of the number of deposits and the amount of savings, you can only be left with 200 thousand hryvnias guaranteed by the state.

Investments in real estate, which offer much more attractive conditions, involve a completely different level of risk. There is always the risk of a mistake: incorrectly predicting profitability, choosing an unpromising new building, or even meeting an unscrupulous developer and staying with unfinished housing.

To minimize such risks, we recommend that you familiarize yourself with the concise checklist compiled with the residential complex Creator City, which is being built in the capital Lukyanovka by the Creator-Bud company. In it, we talk about the main criteria that you should definitely pay attention to when choosing real estate for investment. 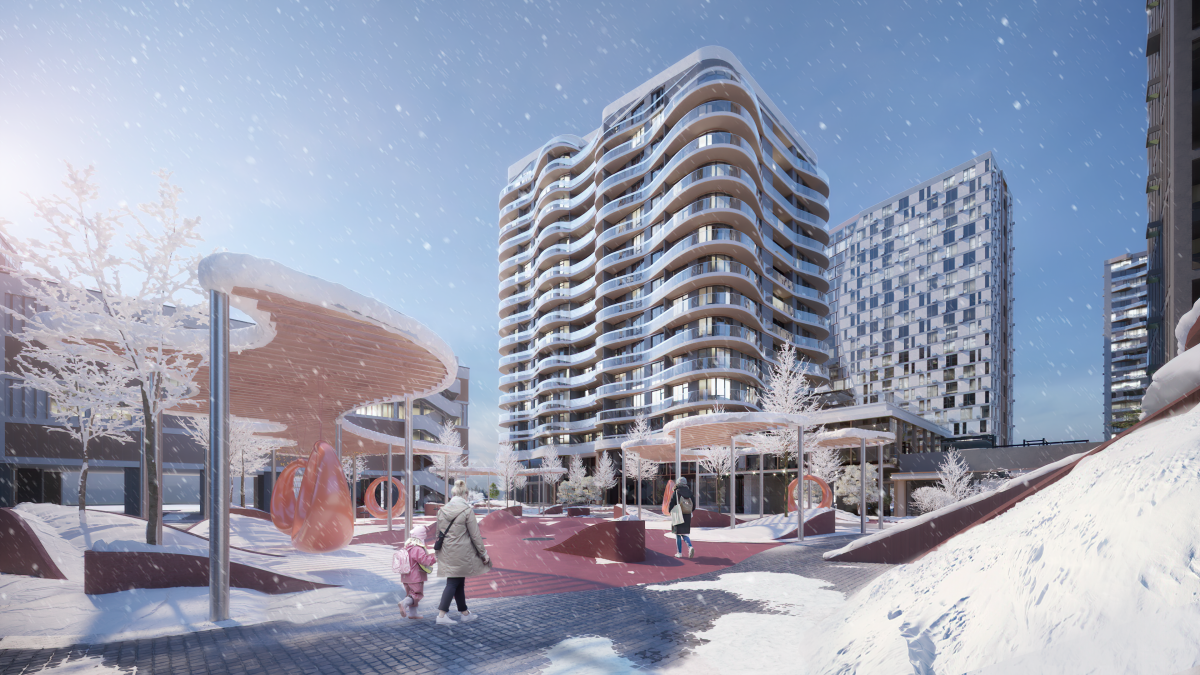 The location for a new residential complex is alpha and omega, the very criterion that affects almost everything. On the cost per square meter, on the format and class of housing, architectural and conceptual solutions. And including the demand for future real estate – to be attractive, a new project must have a developed urban environment.

Creator City, which is being built in the prestigious Shevchenkovsky district of Kiev, has something to boast of. Within walking distance, its residents receive two metro stations, three large parks, three schools and three kindergartens, four medical facilities, supermarkets – everything you need in order not to waste extra time on household chores.

An important feature of the location is the specific characteristics of housing. Especially in the new post-COVID conditions with a steady trend towards remote work from home. Residents of the new building from “Creator-Bud” from their windows will see their own green area with a pond, a well-groomed interior space of the residential complex, as well as pleasant architecture and cozy courtyards of a colorful historical microdistrict. 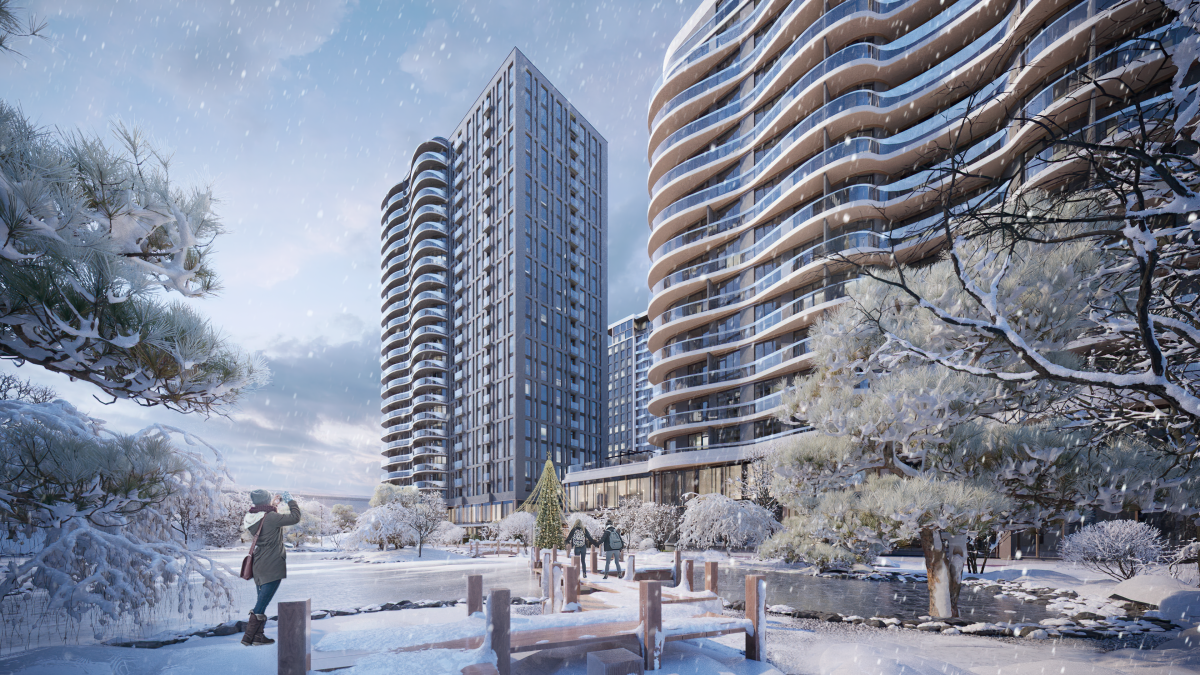 However, only a developed urban environment is not enough for new projects, especially large-scale ones. A modern block building complex must independently provide its residents with all the necessary facilities, forming its own “zero kilometer” infrastructure. And for a potential investor, this moment is very important, because the appearance of each such object will add value both to the residential complex as a whole and to the specific investment in it.

The main element of the public environment of Creator City will be the already mentioned green zone – its own park with an area of ​​2 hectares, located between two conditional blocks of the complex. On its territory there will be a pond with bridges and a viewing terrace, diverse functional and thematic zones. The first floors of houses and the space of stylobates are reserved for other infrastructure facilities. In addition to shops, cafes and services, a sports complex with a swimming pool, a kindergarten and a medical center will also appear on a total area of ​​​​almost 16 thousand m2. And for car owners, underground parking is provided for more than 1.2 thousand places. 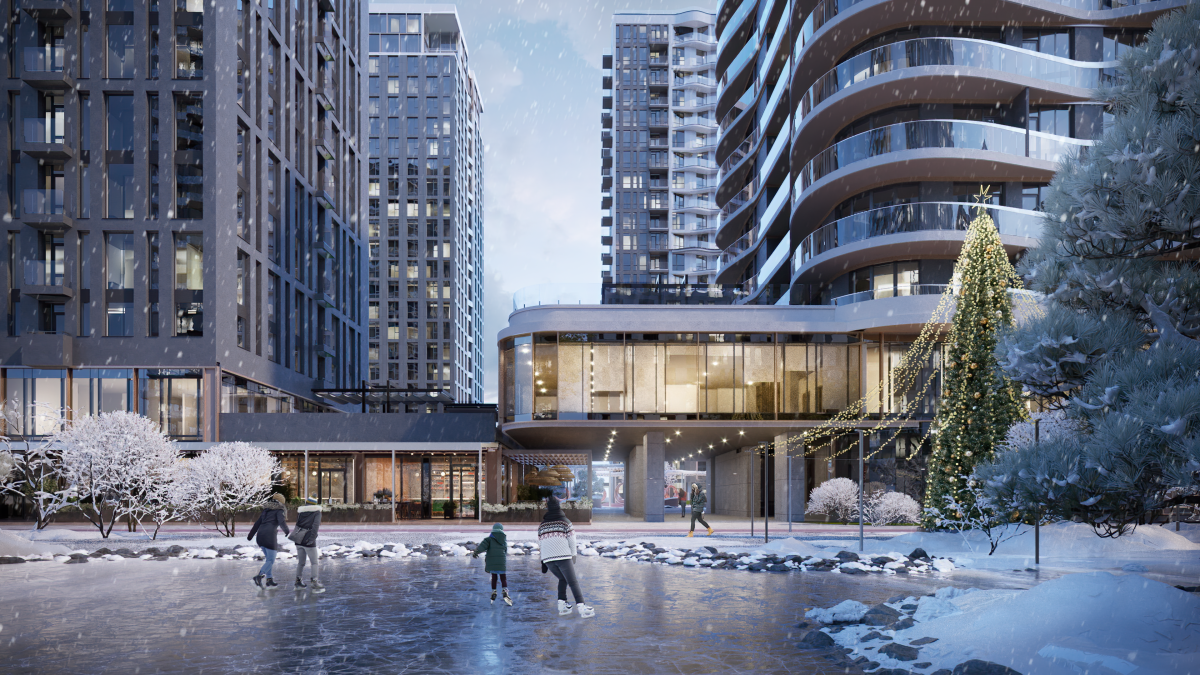 The key feature of investing in real estate is that the capitalization of the investment in the house under construction grows in proportion to the readiness of the project. The most profitable investments will be at the initial stages: then in your calculations you should focus on the dynamics of price changes in other new buildings of the same class and format within the district. If you invest not in a pit, then an approximate change in cost can be traced directly in the selected residential complex.

In February 2021, the price in Creator City started at $1,125 per square meter. Today, after the commissioning of the first house and assigning it a postal address, the minimum cost of a meter in the complex is already $1,620. How much will it cost in a two-room apartment in the second house. Consequently, during the period when the average price in Kiev increased by 30%, in the LCD from “Creator-Bud” it immediately added 44%.

But even the most promising project from an investment point of view is worth nothing if an unscrupulous developer is responsible for it. Therefore, it is important to study the reputation of the developer and trust only those in whom you are completely confident.

And after the fall of such giants as Ukrbud and Arkada, one of the most important markers is the timeliness of the company’s fulfillment of its obligations to investors. For example, “Kreator-Bud” delivered the first house of Creator City on time and without delay, which is still rather an exception for the real estate market in Kiev. And in the case when there are no houses put into operation in the new residential complex, you can take a closer look at the previous projects of the developer. So, the company also completed its first new building in Kiev at Nauki, 58 with strict adherence to the stated deadlines.

In Ukraine, 297 people died from coronavirus per day, more than 37 thousand people recovered

Left it on a friend: in Zaporozhye, the mother abandoned her 4-month-old daughter – the girl did not survive

Britain announced the supply of defensive weapons to Ukraine