“Avatar”, “Crime City 2” and the Manhattan Short Film Festival: what’s in the cinema from September 22 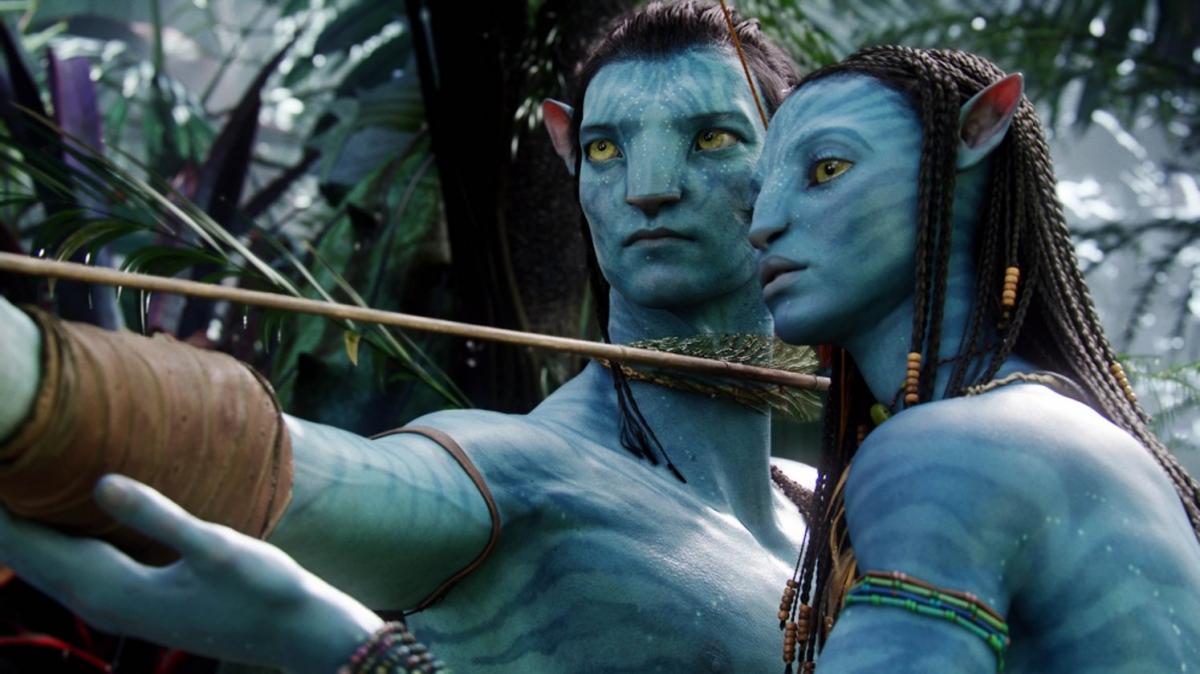 From September 22, 2022, several new films are expected in Ukrainian cinemas – the action movie Crime City 2, as well as the thrillers Repentance and The Reef: Monster of the Deep. In addition, on the eve of the release of the film Avatar: The Way of Water, Ukrainian film fans will once again be shown the first film of the famous saga. Also kicking off in theaters is the annual Manhattan Short Film Festival. Online, meanwhile, will be released romantic comedy “Meet the Honey” with the star of “The Big Bang Theories” Kaley Cuoco and comedian Pete Davidson. Read more in the UNIAN review.

UNIAN has prepared a traditional selection of new products of the week – both in Ukrainian cinemas and online.

While the whole world is waiting for the release in December 2022 of the continuation of the cult sci-fi film “Avatar” from director James Cameron, Ukrainian cinemas decided to remind the audience what actually happened in the first film.

The main events of the film take place in the middle of the 22nd century on a distant fictional planet Pandora with extraordinary flora and fauna inhabited by three-meter blue intelligent humanoids. A group of scientists from the Earth, whose resources are practically exhausted, go to Pandora colonized by people in search of a rare mineral that can put an end to the problems of earthlings.

The Avatar saga is, in fact, the project of a lifetime for director James Cameron (Termintor, Aliens, Titanic). He began working on the concept for the first film back in the mid-90s, but, according to him, at that time there were no technologies that could realize his vision of the picture. After all, he only released the first Avatar in 2009. The film was a commercial and critical acclaim, breaking several box office records, becoming the first film in cinematic history to top $2 billion at the box office. The film was nominated for nine Oscars and won three of them: Best Cinematography, Best Visual Effects and Best Production Design.

After the success of the film, Cameron signed a contract with 20th Century Fox to create as many as four sequels, however, the release of the second part had to wait as long as 13 years. It is expected that three more films will have to wait less – they will be released in 2024, 2026 and 2028.

The film is a follow-up to the successful 2017 film, which was the first of the Crime City series – a third installment is already known to be in development. The plot revolves around the charismatic Seoul police operative Ma Seok, who fights crime. In the second part, the hero goes on a special mission to Vietnam to catch a fugitive who attacks tourists. But new circumstances are emerging.

The main role in both films was played by one of the most successful actors in South Korea, Ma Dong Seok, known for the films “Train to Busan” and “The Eternals”.

The film was released in the homeland in the summer of 2022, collecting a considerable box office and positive reviews.

In the center of the plot of the film is a hired killer named Kuda. One day, he meets a 15-year-old girl, Billy, who has nowhere to go back and no one to turn to. Billy reminds Kude of his own teenage daughter. When the hero finds out that the owner of the strip club forced Billy into the cybersex trade, where he is ready to sacrifice everything to save the girl.

The main role in the film was played by Antonio Banderas (“The Mask of Zorro”, “Desperate”, “The Skin I Live In”, “Uncharted: Uncharted”). It also featured Kate Bosworth (“Superman Returns”, “Twenty-One”, “Straw Dogs”), Zoli Griggs (“Wu-Tang: An American Saga”, “Max Fist”) and others.

According to the plot of the film, four friends go to an exotic island in the Pacific Ocean to go diving and kayaking. For them, this should be the perfect vacation: away from civilization, surrounded by azure water and sandy beaches. What they don’t know yet is that a monster from the depths is ready to hunt, and soon the great white shark will turn their greatest horrors into reality.

The film is a sequel to 2010’s The Reef, both directed by Andrew Trautsky, who specializes in wilderness survival thrillers.

The film was released worldwide in the summer of 2022 and received average reviews.

On September 22, the world’s largest interactive short film festival starts in Ukrainian cinemas, where the winners are determined directly by the audience. The event will run until October 7th.

This year, the festival program included 10 films from different countries in various genres:

Don Vs Lightning (UK, 2021). Grumpy old Don longs for a quiet life in the countryside of the Scottish Highlands. And his quiet life will never be the same as before, because the universe has its own plans for a man.

With love, dad / Love, Dad (Czech Republic, Slovakia, 2021). Already an adult woman finds letters that her father once wrote to her from prison. She decides to answer him, outlining everything that she did not dare to say before.

Save the bees / Save The Bees (USA, 2022). A terrible event makes the already disorderly parting of lovers even more disorderly. The couple then decides to put aside their differences in order to save themselves.

Лечение / The Treatment (Испания, 2019). The clinic offers bald men a surefire way to get their hair back… as long as they’re not put off by one controversial side effect.

Free fall / Free Fall (France, 2021). A London stockbroker with a bad reputation makes the deal of his life. This happens on September 11, the day of the attack on the World Trade Center in New York. The film is inspired by a true story.

Fetish / Fetish (USA, 2022). One night stand no longer seems like a good idea to the main character when the morning breakfast after is accompanied by fetishism.

Freedom Swimmer (Australia, France, 2021). A grandfather tells his granddaughter how he once sailed from China to Hong Kong. But now the island, which was once freedom for him, has become completely different.

Blanket / Lakana (Finland, 2022). Finland, winter 1939. A 10-year-old girl is sent to collect milk for her brother. Thin ice is not the only dangerous thing in her path.

Warsha (France, Lebanon, 2022). Varsha follows Mohamed, a Syrian migrant who works as a crane operator in Beirut. One morning he volunteered to operate one of the tallest and most dangerous cranes in Lebanon. Away from everyone, he can realize his secret passion and find freedom.

Big Greens / Le Grand Vert (France, 2020). The owner of a logging company gets stuck in a tree with no ladder and no signal on her cell phone. The only way out is up, in search of a connection.

You can read more about the festival link.

The film tells about a resident of Manhattan, Sheila, who accidentally finds a time machine in a nail salon. She decides to use her to fix what went wrong on her last date.

How cinemas work in wartime

Cinemas under martial law operate with certain features. So, if an air raid starts, then the film screening stops, and the audience is asked to leave the hall and go to the nearest bomb shelter. Most often, if the alarm is less than half an hour, then the film is shown from where it left off, if it takes longer, they return the money or offer to exchange the ticket for another session.

At the same time, the sessions are tied to the curfew and the operation of public transport – the earliest sessions start at 10:00, and the latest at 19:00.

In addition, you can watch films that have been released in previous weeks, as well as the best series of September 2022 – the next series from the world of Star Wars called Andor and a sequel / reboot of the popular sci-fi series start this week. early 90s “Quantum Leap”.

The Russians hit Nikolaev from the S-300 air defense system: the first details of the terrible shelling appeared

Today part of Ukraine will be covered by rains with thunderstorms: where will the precipitation be (map)